In episode 107, I’m talking with Paul Tough about his latest book, The Years That Matter Most: How college makes or breaks us, a powerful mind-changing inquiry into higher education in the United States. We talk about the state of higher education today and how can we help more young Americans achieve success.

Paul: “I think we have set up this system and there’s no one villain that’s responsible for the system. We all made it. It has inequities baked into and they’re getting worse. It’s clear now that there’s this kind of stratification of institutions of higher education.”

Paul: “We’ve heard a lot about how high tuition is at those private institutions, but the reality is that those institutions are losing money on each student. They spend more on each student than they bring in. That’s because they believe it’s going to pay off in the future when those alumni become rich donors.”

Paul: “What is most remarkable to me about those numbers is that we pay for kids all the way through high school and then when they get to this more complicated, sophisticated, essential training for them to get ready for the workplace, we suddenly say, you can get by on a quarter as much as we were spending on you last year.”

Audrey: “Our kids have gone to very good schools, and they chose them, but we weren’t willing to jump through the hoops that we saw other people doing in order to get their kids into those (elite) schools. I was very put off by a lot of the ways other families dealt with things, especially around test prep.”

Paul: “The overall fact that I think is so critical is that in reality, those students who are admitted to the most selective institutions are, as adults, making the most money.”

Paul: “The reality is if you are a student at Stanford, if you work at Stanford, if you’re part of that world, you are taking part in a system that is making the country more unfair. That’s not just a Stanford thing. That’s a reality at any of the similarly selective institutions.” Paul: “This generation of young people thinks about ethics, morality, and justice a lot and they should.”

Paul: “The way they talk about race, identity, climate–it’s inspiring. This is a generation that is putting ethics, and figuring out how to do the right thing, at the top of their priority list.”

Paul: “Considering the ethical quality of the system you’re working in, and the system that you are applying to, is a really important consideration and I wouldn’t be surprised if more and more young people start thinking about it.”

Audrey: “We need high performing students at all the universities because that makes it more equitable. So if you’re a super bright kid, you can actually benefit some of these larger public institutions in different states by getting some more brains there.”

Paul: “In the fifties and sixties, students were choosing their colleges just based mostly on geography and as a result colleges were more like high schools. There was a mix of different performers–A students, B students, and C students–but then something changed. Those high performing students started to cluster together at just a few institutions.”

Paul: “The algorithm that has been drummed into those students’ heads is you just have to go to the most exclusive, most selective institution that will admit you. That worldview has created this stratification that is now so common in higher education.”

Audrey: “Our kids are going to public institutions, not in our own state, which is crazy when you think about it. That is what a lot of families I know do because their kids can’t get into the same schools that we went to when we were going to college.”

Paul: “When we took that public funding away from the institutions in our own states, one solution they had was to begin admitting more out-of-state students because in-state tuition is less than out-of-state tuition…it just doesn’t have the same kind of alignment between the mission (of public education) and the reality as I think it used to.”

Paul: “The reality is that nothing’s changed in terms of the relationship between the SAT and our class structure. Test scores on the SAT correlate highly with family income: the more money you have, the more likely you are to get a high test score.” Paul: “I think we need to be honest about the relationship between family income and SAT scores. Institutions need to find some way to take a more reasonable view of what those tests can do. We’ve given them way too much importance in our system.”

Audrey: “I agree, they don’t really predict anything. I’ve been working more on kids’ social skills and character development because those things end up making kids more successful in their jobs and roles, wherever they went to college or whatever they majored in.”

Paul: “You can sympathize with an admissions officer…All of this other stuff that we know is much more important in terms of evaluating a child and their potential is harder to put numbers on, harder to compare, whereas those numbers (test scores) just seem so tempting, so scientific. They look so nice.”

Audrey: “This competitive thing just goes on at every level, whether it’s the kids applying or the schools trying to have the highest averages, entering SAT and all that stuff.”

Audrey: “I do think we need some major overhaul. Hopefully, ‘varsity blues’ and some of these things in your book will get us back on track so that our higher education system is doing what it’s supposed to be doing for our country.” 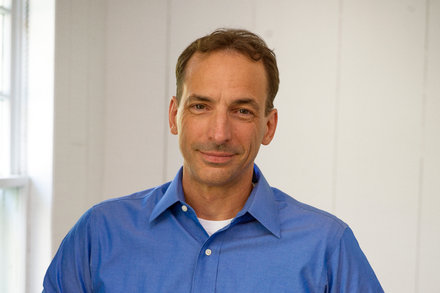 “Working on this book was a remarkable experience: It took me six years to complete, and I reported in twenty-one states. The best part was getting to meet and hear the stories of so many remarkable young people — from the South Bronx to the affluent suburbs of D.C. to the Appalachian foothills of North Carolina — all of them trying to figure out how best to negotiate a path through the sometimes-treacherous landscape of American higher education.

In the book, I tell their stories — sometimes joyful, sometimes heart-rending, sometimes infuriating — and I do my best to place those stories into a larger context. I talked to dozens of economists and sociologists and educators who helped me understand why our system of colleges and universities functions the way it does — and why it so often seems unbalanced and unfair.” Amazon: The Years That Matter Most: How College Makes or Breaks Us

If you liked this podcast episode, listen to:

Ep. 34: Advice on College, Transferring, and How to Support Your Kids with Their Decisions

Ep. 21 Advice for the College Application and Selection Process

Read Conversations before College: WHO you are matters more than WHERE you go