In this episode, I’m talking to Steve Baskin about raising strong, anti-fragile kids. Steve and his wife, Susie, are the owners and directors of Camp Champions in Marble Falls, Texas. For over 27 years, Steve has studied the camp experience and how to make it the best possible growth opportunity for kids. In his new essay, A Manifesto to Strength (published below for the first time) and in this interview, Steve shares his thoughts on what we can do as parents to raise kids who aren’t so fragile. Are you getting your child ready for adulthood?

Print my Ready for Adulthood Checklist to review the skills kids need to become thriving adults!

Audrey: “We have a lot in common in that we take this camp thing very seriously and are always thinking about how we can better deliver the social-emotional life skills growth that kids need at camp.”

Steve: “One of the things I began to see early on was over-parenting, first the helicopter parenting and then the snowplow or lawnmower parenting. One is watching your child’s emotion and then trying to manage your child’s experience and prepare the road for your child, instead of your child for the road, and I saw that as problematic.” Steve: “College campuses are responding to what they’re getting. I think the horse is already out of the barn. The kids get there and they have had their parents get on the phone and talk to the teachers. They’ve had parents adjudicate their friendships. They’ve had their college applications coauthored.  They’ve been used to having someone say, ‘If it’s too much for you, sweetheart, your mom and dad are here, we’re going to protect you. And it sends a really deleterious signal.”

Steve: “It’s one of the saddest ironies that we, in our unbelievably, almost overwhelming love of our children and in an attempt to create some sort of advantage for them, we’re baking in longterm disadvantage.” Steve: “We think we need to protect our children. And the answer to that is yes, of course, from starvation and moving cars and juggling chainsaws. There are things that are legitimately dangerous. But we are not there to protect them from any discomfort or any pain or any sadness. What we need to do is not protect but prepare.”

Steve: “When you’re handed that delicate baby on day one, you’d better be in the protect and provide business. You’ll make sure they’re not hurt and they’re fed. But every day after that, we ought to be protecting and providing just a little bit less and preparing a little bit more.” Audrey: “In general, the kids we see at our camps are less fragile than the general population. Parents who are willing to let their kids go to camp are already ahead of the game.”

Steve: “Parents tend to think in binary terms: I don’t want a fragile child; I want a resilient child. And that misses a third, much more ambitious and exciting axis. Fragile is what happens if you drop a crystal glass on the ground. It breaks. If you drop a Solo cup, nothing happens. It’s not better, it’s not worse. It’s the same. It’s resilient. Anti-fragile is something that, when exposed to stress, challenge or difficulty, actually becomes stronger. So your immune system is anti-fragile. You get exposed to a disease and you’re less likely to get it in the future.”

Steve: “We need to experience challenges and get through them to know that we’re capable of it and just to build those psychic muscles.”

Steve: “I want (kids) to fail at something and then know through perseverance and try, try again that they can overcome that failure.”

Steve: “We want our children to avoid any short term discomfort but at the cost of long term capability.”

Steve: “I’d rather have kids think the world is an adventure and know that everything’s not going to be perfect. If you constantly send a (fearful) message, you make fragile children who are scared of the world. When it comes time for them to go into the workplace or go into college or go do something bold and exciting, they’re going into a world that’s scary. They’re going into a world that they’re not prepared for.”

Audrey: “Some parents have almost zero risk tolerance. They’ll think about all the things that could possibly go wrong instead of all the learning and growth that could go right.”

Audrey: “We have a lot of fears that are unfounded. We’ve been inundated with scary, sad stories in the media but the chances of those happening to your child are very small.”

Steve: “My struggle with social media is that it has hacked our evolutionary wiring in the same way that Haagen Daaz or Pringles have hacked our wiring for fats, sugars, and salts so that we won’t eat foods we were evolved to want. We want human connection. I think that Snapchat is to human connection what Pringles is to nutrition. It feels almost like food, and then you do a whole lot of it and you feel bad afterward.”

Audrey: “Teach them to be discerning. It’s not like you send them out with no guidance…We’re showing them, we’re watching them do it, we’re feeling comfortable with them doing it and then we’re letting them do it.”

Steve: “Always work off the assumption that they’re okay. ‘You’ve got this, I believe in you. You’re strong.'” A Manifesto to Strength
by Steve Baskin

In recent years, we have read a great deal about grit and resilience.

We have also seen studies about emotional fragility in our young people.  Even beyond the studies, I have personally seen a rise in young people (often first-time campers) who struggle with overcoming adversity and bouncing back from failure.

I can think of no greater task as a parent or an educator than to help prepare our children to overcome these future struggles.

But in order to do so, we must face an important realization.

Doing so will be hard for us.

As parents, we want to protect our children from dangers and hardships.  Our desire to protect them from real threats can also lead us to going too far.  In our love, we can find ourselves striving to protect them from discomfort, embarrassment, sadness, or boredom.  Their pain or discomfort becomes ours and we often do everything we can to eliminate it.

But this does not serve them.  Our children need to learn how to cope with disappointment, heartache, sadness, and failure. They need to learn how to deal with an awkward social situation and social break-ups. We should not be absent: we should be there to let them know that we have experienced similar challenges and that we are available to help them.

But we need to let them have these experiences themselves now.  Learning to cope with challenge is like developing resistance to diseases.  You become better at it through exposure to the challenges. Children are “anti-fragile”, which is to say that they become more capable through challenge.  [I recently wrote an article explicitly on this topic.]

I share this because it deeply influences how camp benefits your child.

We want camp to be full of friendships, laughter, fun, and activities.  But we also know it is a powerful place to build internal strength. I use “strength” rather than “resilience” for a reason.  “Resilience” simply means that you are no worse after a challenge. If we are indeed anti-fragile, we should emerge from a challenging situation stronger.  With that in mind, I hope some of the following happens to every camper:

I want counselors to be there to support our campers after these challenges, but not to prevent them from ever happening.

One of the odd gifts of camp is that it is fun and joyful enough to allow these growth moments to happen and still feel like a positive experience.

I once thought that the challenges (homesickness, cabin squabbles, struggles to learn a new skill) were the price you paid for the joys.  As the cliché says, “No pain, no gain.” “Into every life, some rain must fall.”

But now I know that the pain IS the gain.  These challenges and struggles are building capabilities and capacities in your child that will bear fruit later in life.  When other 18 year-olds are suffering from homesickness as college Freshmen, your child will be there to comfort them. When a friend gets fired from a job or suffers from a break-up, your child will understand the disappointment and provide empathy.  And when your child has his or her own troubles, they will know they have overcome issues in the past. Steve Baskin is the executive director of the boys’ side of Camp Champions. In addition, he is a partner at Camp Pinnacle and Everwood Day Camp. 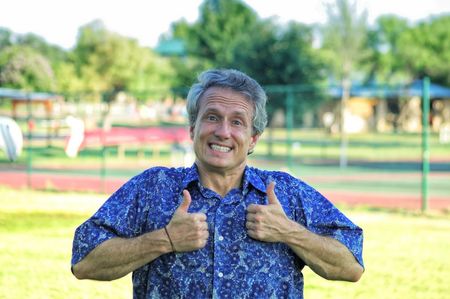 Steve is a lifelong camper. He first attended camp when he was 8 and he continued for 11 years. In his years as a camper and a counselor, he discovered the power of the camp experience to develop confidence, social skills, and joy.

He even wrote about camp in his college applications as one of the defining experiences of his life. After graduating with honors from Davidson College, he got off the camp track for a few years during which he was an investment banker with Goldman Sachs in New York and Simmons & Company in Houston. He then went to Harvard Business School, where he decided to pursue his true passion: summer camp. He and Susie have been full-time camp owners since 1993. Steve is lucky to have the pleasure of partnering with his wife (and best friend) and raising their 4 kids.

Steve has been featured in articles in the Wall Street Journal, American Way magazine, the Houston Chronicle and the Austin-American Statesman. He has written for Psychology Today on youth development, education, and parenting. Steve chaired the Tri-State Camp Conference (the largest camp conference in the world) from 2008-2010. In 2009, he received the National Service Award from the American Camp Association(ACA). In 2010, he was appointed Treasurer of the ACA and serves on its Executive Committee and on the National Board. He is currently the chair of the American Camping Foundation.

In 2013, Steve was asked to speak at his 20th Harvard reunion as an expert on parenting. 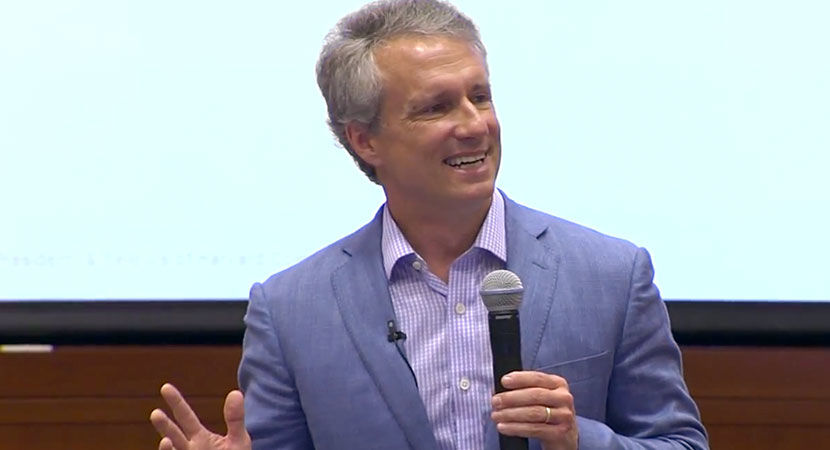 Camp Champions is a 2-3 week overnight camp in Marble Falls, Texas for girls and boys. It is on beautiful Lake LBJ and offers over 50 different activities. They are all about the 4 Rs: respect, responsibility, reaching out to others and taking reasonable risks.

5 Steps to Raising a Problem Solver

Be a Better Parent by Doing Less

Ready for Adulthood Check-List for Kids

Ep. 85: Grit is Grown Outside the Comfort Zone (PEGtalk)